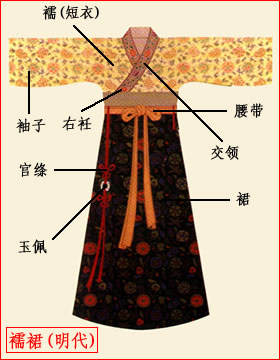 The well-known fashion designer Jean Luke Armsley said: â€œIt's not just about dressing and dressing, but about all the imagined lives!â€ So, let the children wear Hanfu and go to ancient rituals. To meet its incomplete, immature cultural imagination? The author also wants to ask: Is it possible to show appreciation for the true spirit of traditional culture? Or is it advancing or blocking our inheritance of the essence of traditional culture? It is even possible to ask what we want to use in traditional culture. Does this necessarily require wearing classical clothing to achieve it?

Of course, no one can give a definitive answer to these complex questions. However, the author insists that the sentiments of â€œHanfuâ€ flowing to traditional culture are merely formal and at the same time general â€“ Hanfu is indeed very beautiful, but if it has enough advantages, how can it be replaced by suits? What? Even if we admit that there are innumerable essences of traditional culture, then in the modern society, to carry forward these essences and practice these concepts, do we have to put on Hanfu? Can clothing bring us so much confidence?

The answer is obviously negative. Because the purpose of promoting national culture is to make people have a correct and rational understanding of the cultural and historical heritage of the nation and to carry it forward. What we need to do is to pick up the disappeared national historical and cultural heritage and promote it. Go on, instead of putting on the so-called "Hanfu" to fight. If we are satisfied only with putting on the so-called "Hanfu," we think that this is the promotion of traditional culture. We cannot but regret to say that this is nothing more than a performance art based on the narrow national concept.